Our sponsored child Seema from India 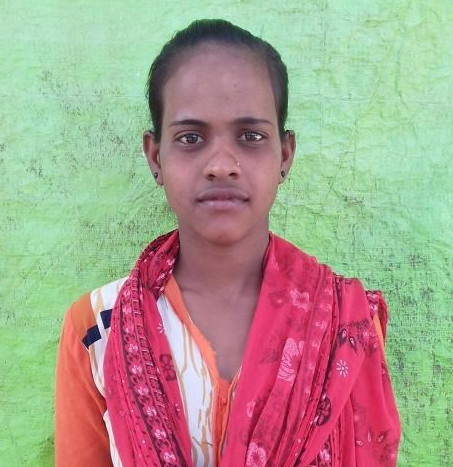 The joint project work in the Varanasi area, where our sponsored child Seema lives, has now come to an end. Due to her age, Seema has reached the stage of life where the sponsorship usually ends. Sustainable improvements have been achieved in the core areas of our work such as education, health, basic care or the observance of children’s rights. Careful and regular evaluation has ensured progress on the ground. Sponsored children have a special role as ambassadors within a community. In order to offer many children the experience of a sponsorship, adolescents cease to be sponsored children when they reach adulthood. However, they continue to benefit from the projects that are also offered for their age group. In this way, sponsorship also gives younger children a chance to experience the joy of international exchange and to strengthen their self-confidence.

Seema is the second youngest of seven siblings. Three brothers and one sister are already married and have left the family. Together with her parents, one brother and one sister, she lives in Varanasi, in the north-east of India. The house where the family lives now has brick walls.

Now, the family receives most of their water from a neighbour’s water pipe. It takes them less than five minutes to fetch water. This is considered an improvement over the water source they used before. The family uses a simple flush toilet. This is considered a better sanitary facility. The closest health facility is about 30 kilometers away.

Seema attends a secondary school, which is located in half an hour distance from her home.

According to her family Seema has been a healthy child so far and did not suffer from anyserious illnesses.

Srd Aurai is a region consisting of several communities and is also known as the carpet city. It is part of the district Ravi Sant Das Nagar, formerly known as Bhadoni. Sant Ravidas Nagar (Bhadoni) became the 65th district of the federal state of Uttar Pradesh on June 30th 1994. The region is populated by members of various castes, mainly by members of the low castes. On the bottom of the caste system are the so called Dalits, which are a “listed” case and were known as the “untouchables” in the past. Even today the Dalits are subject of severediscrimination economically and socially. On the average households consist of six family members. The main source of income isagriculture and carpet weaving. Inhabitants of the region who do not own land property, work as day labourers in brickfactories, carpet garages or produce Dona-Pattel (plates made out of leafs). The climate is very cold in the winter and very hot in the summer with temperatures up to 48 degree Celsius. A lot of ceremonies are celebrated in Srf Aurai. The most popular in the region is Kajari, which is celebrated in August. On this occasion women sing traditional songs, the so called Kajari songs, and perform tribal dances. The most popular leisure activity is a visit to the carnival of Gajimiya Ka Mela.

Various education and information campaigns allow adults and children to gain new insights and to develop their skills. These are the plans for the years to come:

The families in the area where Seema lives have participated in or benefited from the following projects: