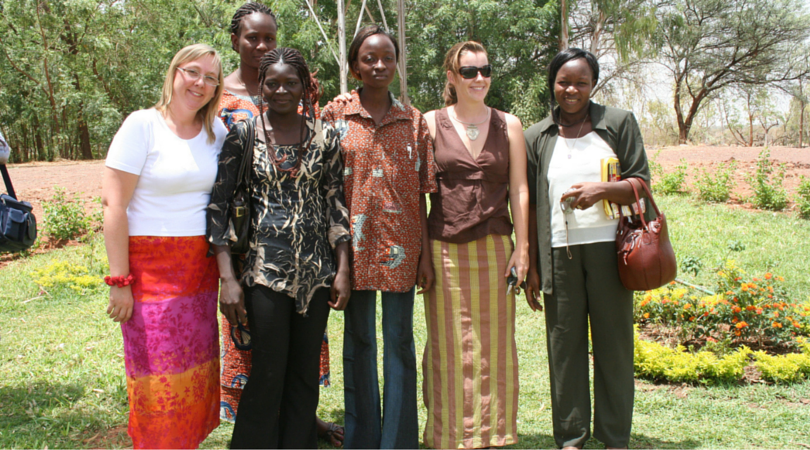 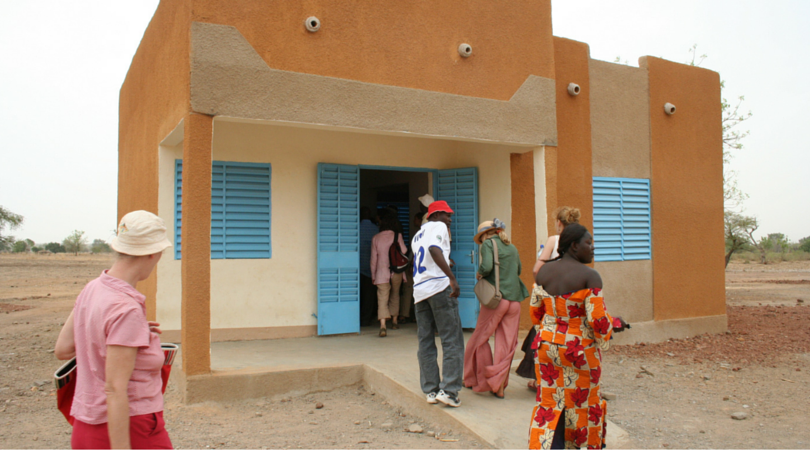 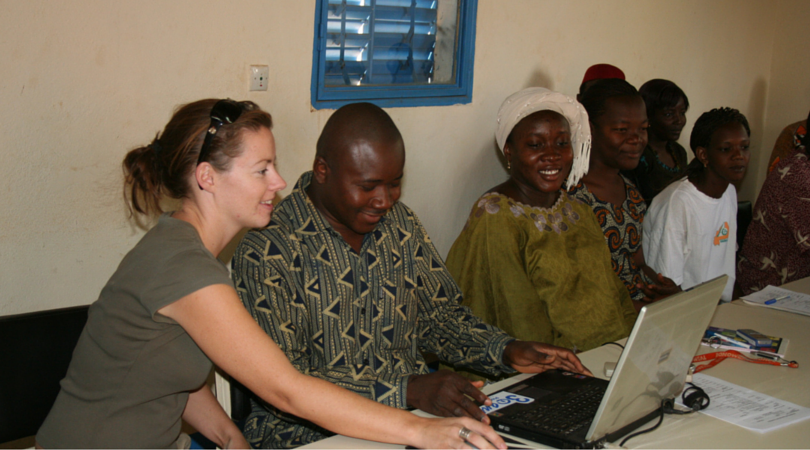 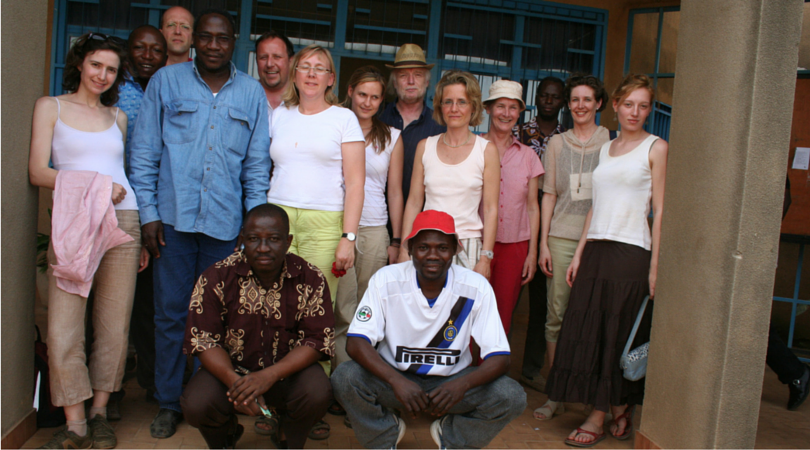 In March 2007 Dialego, in connection with the foundation of the Dialego charity and the support of the feeding programme in Burkina Faso, visited the projects in Burkina Faso (Africa) together with Plan international. The aim of the journey was to get better acquainted with the working methods of the partner Plan-International and to see locally for what the donations are used. This one-week charity journey was taken in the programme areas Kouritenga (Centre-East) and Bam (Centre-North). Our panel manager Laetitia Sassinot-Uny visited the sites of some ten projects in the areas of health, nutrition and education. All the projects centre on the well-being of children.

Laetitia Sassinot-Uny was very impressed by the friendly and warm welcome in all villages. The charity travel group was always greeted by the villagers with welcome songs and dances. After the personal greeting according to the village tradition the “Community Leader” (Contact person for Plan in the villages) greeted the group and gave them a welcome drink (water and flour in a calabash). In the Boulonga village (Bam-Province) the men received the visitors with dances and local music and in the village of Lelguem (Kouritenga –Provinz) the children formed a singing welcome avenue. The exchange with the villagers was extensive and interesting. The finished projects were discussed, about which advances to the village they had brought about and which difficulties they faced. The Kiella-community reported how proud they were to have independently set up their fourth school classroom and thanks to Plan international they had completed the building of their secondary school. The difficulties were also much discussed: the lack of school (there are sometimes classes with up to 90 pupils) and the lack of school materials (the children have to share the school materials). In the health centres for children there are not enough beds and only meagre medical equipment. In the hospitals as well as private housing there is no electricity.

The villagers also asked the charity group questions such as: “Why are you helping us?” A young girl from the girl’s home asked “Are the schools in Germany like ours?”, “Do the children in Germany also eat food from their school garden?”, asked children in the village in which a school garden was created. Mrs Sassinot-Uny was also impressed with the farewell ritual. The villagers thanked for the support of the charity and Plan-International and gave generous farewell presents, like a white hen (which is supposed to bring good luck), loin cloth and food. The farewell ceremony ended with songs and dances.

The visitation of the feeding projects of the Kouritenga-Province, which due to the high level of willingness to donate by the panellists is a project especially being supported by Dialego, which particularly stands out in the memory of the charity travelling group. The aim of this programme is to prevent deficiency diseases in the villages by constructing gardens (see Dialego-Newsletter from January 2007). Mrs. Sassinot-Uny was able to talk at length there with a Plan-Journalist, who compiles the reports about the development of the projects in this region. He told of the villagers particularly suffering from vitamin A deficiencies, which leads to night blindness and skin conditions. For this reason, plants such as carrots and spinach were planted which are rich in vitamin A. The health of the villagers has noticeably improved thanks to their garden. There in Boto (25 km from Koupéla – capital) the children told us proudly what they had planted in their garden, how they had organised teams to water the plants and what they had cooked form their own produce. The advantage of this programme is not only the prevention of deficiency diseases but also the learning of co-operation and autonomy.

The role of Plan International

Mrs Sassinot-Uny was left convinced of the working methods of Plan-International in the programme areas. They really do make a difference to local communities, who can identify their own needs and are able to carry out independently their projects. The role of Plan-International is the long-term steering and support in the forming and financial as well as technical realisation of projects. To this end Plan has at its disposal employees in the areas of health, building, agriculture and controlling. The plan personnel, who work in the villages consists of villagers, who know very well the local needs and customs and make sure that there is a high level of sensitivity in the realisation of the projects, Mrs  Sassinot-Uny got to know the employees, their backgrounds and their daily chores in long talks with them.